It was sometime in November last year and I had just resumed serving in Nasarawa. I got a call from a neighbour back at home saying that his friend had just got called to work as a content developer for an agro-based NGO in Abuja. Because she was very busy at the time, she turned it down and asked him if he could do it but he, too, was busy.

“I told her I know someone who would do it perfectly. I know you can do it, NFG.”
“Are you sure? I don’t know anything about agriculture o.”
“Very sure. It’s just writing na.”

And so he gave me the number of the founder’s PA and we set up a day for me to meet with her. 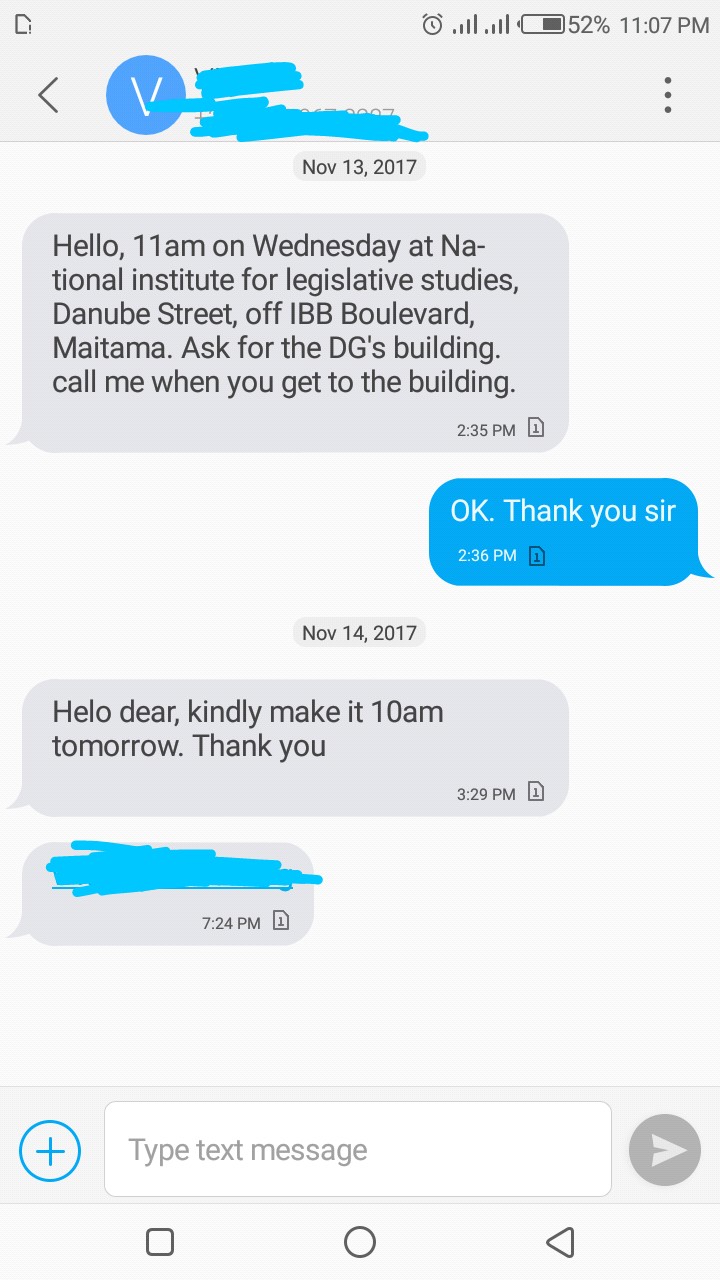 See me feeling myself that day ehn… I was going to meet a ‘founder’, I started imagining how people would call me and I’ll say, “let me call you back later, I’m in a meeting!”

The venue intimidated me small sha. It kindled an excitement that had my heart in my mouth throughout that night. I even dreamt that the meeting happened on a private jet to Paris where Leonardo DiCaprio was served as dessert.
The following morning, I went to work, lied about having running stomach, and set off to National institute for legislative studies, Danube Street, off IBB Boulevard, Maitama.

I have a shitty memory and I am having a hard time recalling details about the journey but I can categorically state this: when going to an interview in a location you have not been to before, make enquiry about what route to take to get there and do not ask just one person! I had asked just one person how to get there and unfortunately, the person’s directions were not exactly right. I wasted a lot of time trying to figure out the right path, and I was desperately trying to be on time, because I hate to keep people waiting. Thank God I had left on early, I got there finally, just in the nick of time. 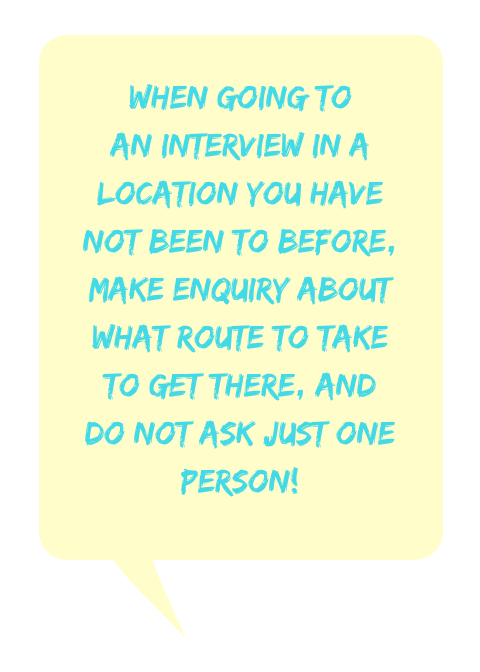 Air Conditioner. That is the first thing that comes to my mind when I remember that office. It was so chill, I was freezing at some point but I couldn’t show it because I didn’t want to fall my hand. You remember the Naija movie, Ukwa, all those years ago? It was something like that scene when he went to his brother’s house in Lagos for the first time and couldn’t stand the AC. He hugged his faded, half-full ghana-must-go bag to his chest, rocking back and forth to keep warm, and kept denying that he was feeling cold.

The office was small but accommodating and had a large window that had an amazing view. I tried, however, not to show how much I liked what I saw, because it’s important to show your interviewer that you are not a bush child. There wasn’t enough time to revel in the whiteness of the office, though, because I became distracted by the beautiful woman that was the one I had come to meet.

She wore a pink coloured native Ankara, perfectly styled and fitting, with a matching veil which wrapped around her neck, covering the upper part of her body; and spoke with an accent that sounded very American. She was also very, and I mean very, beautiful.

Anyways, we got talking. At first, I thought it was something I could do and readily accepted, but it turned out that what she needed was not just a content creator, but someone with technical knowledge that I did not have. So please, point two is: always ask questions. Do not be afraid to ask these people questions, because they are human beings like you. Always remember that, abeg. If I had asked questions, I would have known better before jumping onto a wagon wheel.

I knew I did not have the knowledge to efficiently do what she wanted, but I had already said yes. So point number three: never put yourself in a tight corner and claim to be able to do what you cannot do, have sense abeg and don’t be like me. Except if it’s something you can learn and be able to do with results without them knowing you lied about being able to do it in the very first place. Knowing that you lied builds distrust and trust me, you do not need a boss that does not trust you. No no! 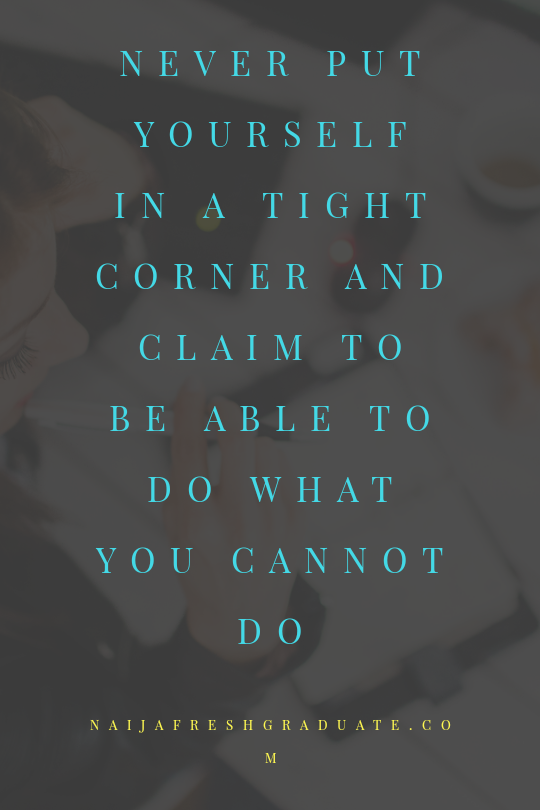 I thought it was something I could do with a phone, like just write content and push it to them, but no. It required that I had access to their website where I’d have to be doing technical stuff too, and that required me having a laptop which I didn’t have. She offered to give me one to work with but, she was clear that for the meantime, there would be no payments whatsoever because according to her, the organization had not began to make any profits. So I had to be working with fuel of passion. In my mind I was like, “with this fine office, no payment?” Funny enough, I accepted. Because I was more interested in the experience more than the money. No, scratch that. Truth is, I was very much interested in the money, but I figured if I could not have that, I could as well gain the knowledge and experience na. But…
For point four I would say: refer to point three! Because the fact that I didn’t exactly know what my job really entailed took away my self confidence and left me vulnerable, and I did a bad job at hiding it. I am a terrible liar, unfortunately.
So even though we had gotten to an understanding and she had offered to give me a laptop to work with, as I stood up to leave and she handed me 2k for transport, the look in her eye, and I am sure in mine too as our eyes locked, made me know that we would never see each other again.

This experience made me do a lot of research and made me push beyond just content creation. I am more versatile now and know those techy stuff I was running from before. They are not hard sef. 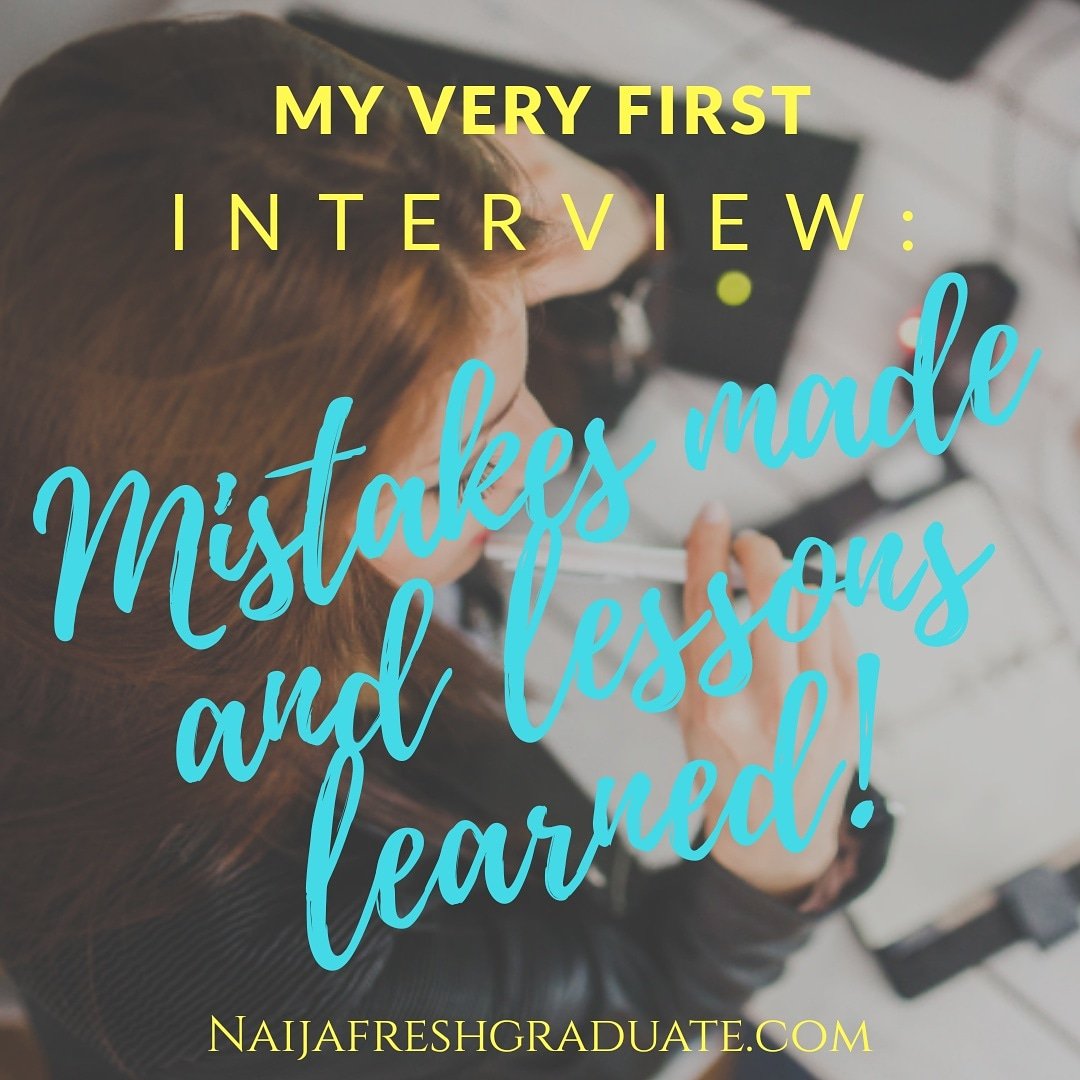 I am also presently on a personal project for the NGO. I’ll send it to them when I am done just to show that I could have done the job well, even though I do not wish to work there officially.

I Finally Got My Laptop!

Throwback: The Toughest Exam I Ever Wrote!

How I Landed a Temporary Teaching Job (Part 2)

How I Landed a Temporary Teaching Job

How to Get Job Alerts Straight from Google